5 Finishing Tips Every Footballer Should Know

As strikers themselves, Adam and Karl both know that the hardest and most enjoyable part of the playing football is to put the ball in the back of the net! We’ve got 5 tips in this blog to go hand in hand with the video to help add some fire to your finishing and score more goals. 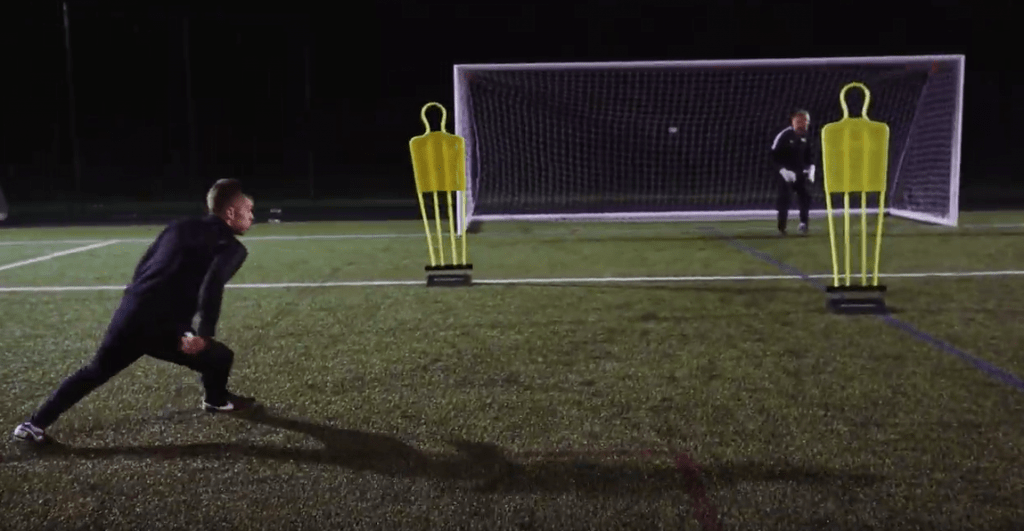 Before even talking about the technique, it’s important not to underestimate the importance of getting yourself into goalscoring opportunities through intelligent movement. The old adage ‘Being in the right place at the right time’ is something you often hear about the most predatory strikers on the planet.

With the first practice, we had Manchester City’s Sergio Aguero in mind, one of the best in the game for timing his runs to get across defenders to score in and around the penalty spot. Making your first movement away from the ball and the space that you want to attack helps in two ways.

Firstly, it often helps to attract the defender out – therefore creating the space for the cross to come into for you to then attack in this instance.

Secondly, the defender’s task is significantly more difficult if he cannot see the striker and the ball at the same time. Making your first movement out of the defender’s eye line and away from the ball means that for a split second the defender may have to turn his head – creating the split-second advantage needed to get free and score.

Ask any defender trying to defend against strikers that make quick, sharp runs in the penalty area, and it is tough to deal with! 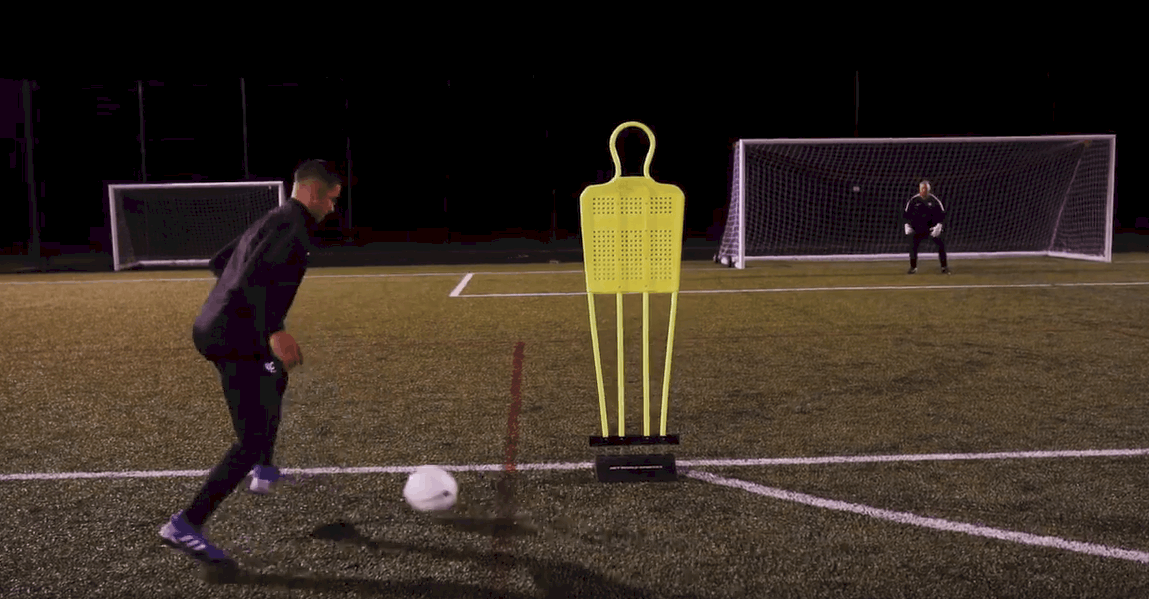 The second tip in our blog to help you score more goals is the ability to receive the ball with open body shape. As coaches, we try to help young players to develop their ability to twist their shoulders before receiving the ball into the ‘half turn’ position where they can see the goal.

This helps the player to in a better position to control the ball and travel forwards – with both the goal and goalkeeper in his eye line earlier as a result.

A typical example of this would be Thierry Henry in his Arsenal days – his ability to open up his body to score in the far corner of the goal was unparalleled as soon as he got himself into this position you knew instantly what was coming next. 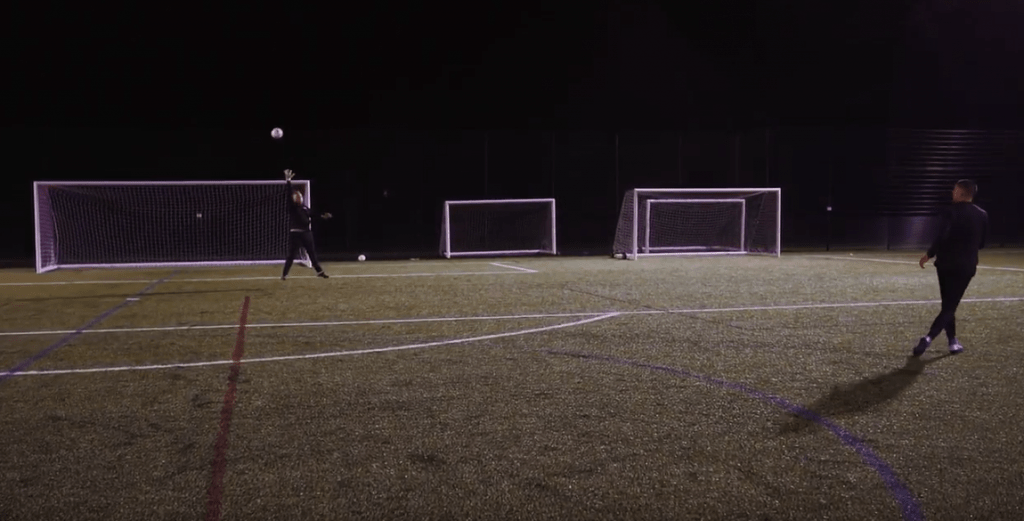 Another vital component of scoring more goals is the ability to have a positive first touch that sets up the next action. At the 2018 World Cup, 81% of the goals scored were within one or two touches – a poor first touch can, therefore, lower your chances of scoring significantly.

So how can you use your touch to set up the next action? Players should look to shift the ball out of their feet with a weighted touch that allows for the shot to follow quickly.

A key coaching point is to consider the space available to attack and position of the opponent. Is there a direction you can control the ball in to eliminate the defender or to draw the goalkeeper off his line for an easier finish? If so executing that touch to good effect is often the difference between a save and the ball hitting the back of the net. 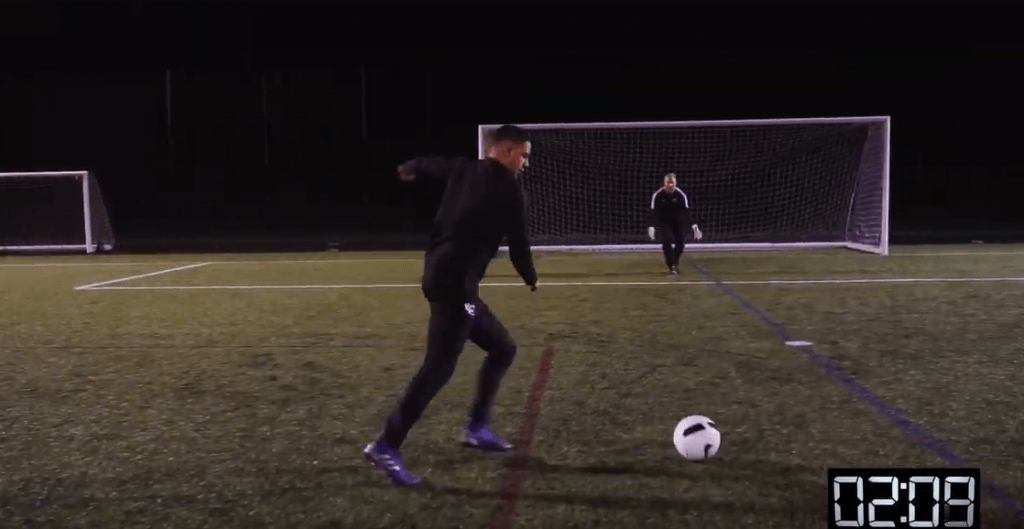 The best forwards in the game today have the ability to shoot early in as few touches as possible. Harry Kane, for example, has the ability to generate enormous power, speed and accuracy in his finishing from all different ranges with very little backlift when striking the ball.

Getting a quick strike off at goal has many benefits, with arguably the most important point being that it gives the goalkeeper a reduced amount of time to react and eliminates his opportunity to get ‘set’ & prepared to make a save.

Another benefit to shooting early is minimising the opportunity of your shot being blocked by an opponent. With one touch finishes accounting for well over 60% of the goals scored in the game today, this highlights the importance of practising the type of drills you see in the video. 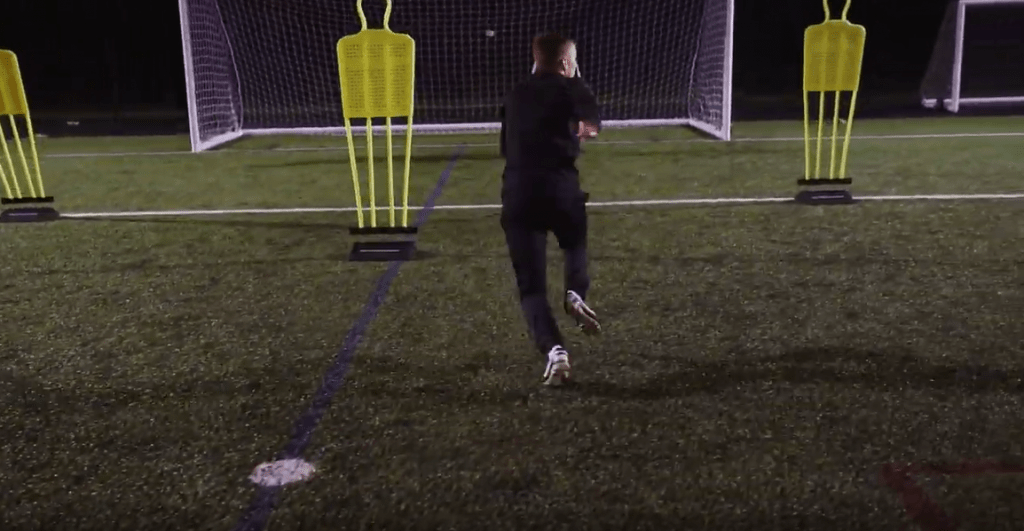 Selecting the right finish for the situation is a vital skill that is not to be underestimated. Varied shooting practises should be built into players training sessions to replicate the games random scenarios and give players the opportunity to practise different types of finishes under different conditions.

These might include finishing from crosses, scoring from inside and outside of the box at different angles and finishing with one or two touch involving different levels of pressure.

Thank you so much to E.P.C for supplying us with another of their fantastic tutorial series. To check out what they do, visit their The Coaches Link club page by clicking here. There you will be able to find information about their organisation, links to their website and course, and also the job opportunities they have available.

We're here to help. Check out our FAQs or send us an email.